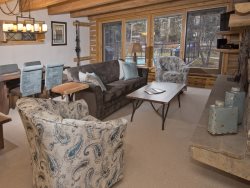 Located In The Heart of Vail Village

The course that has ended careers, and created legends.

A Few Facts about Birds of Prey on Beaver Creek Mountain

The Birds of Prey ski course is on Beaver Creek Mountain and is a regular venue on the World Cup tour. The course has hosted major world cup events in 1999 and was the main course again for the 2015 Vail Beaver Creek World Alpine Championships. The course has a vertical height of 2,470 ft with a top 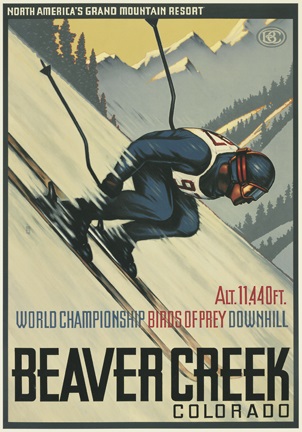 elevation of 11,427 ft. The base is at 8,957 ft above sea level. The downhill ski jumps on this course are named after various birds of prey species: Golden Eagle, Harrier, Peregrine, Talon and the Red Tail, and with good reason. The impressive design of this course is both beautiful and dangerous, with some of the steepest pitches and most difficult terrain on the world alpine circuit.

Using the natural layout of the mountain, course designer Bernhard Russi created a course that requires different attitudes and strategy depending on the location of the ski discipline. Out of the starting gates, skiers must proceed lightly, and smoothly and not too aggressive, tending to drop into a dead glide in a full tuck, letting your skis do the work. Within 30 seconds of this starting attitude, you hit Talon's brink into some of the steepest layouts on the world cup, often described as going from heaven to hell.

"The Brink" between heaven and hell.
Once the skier hits the steep Talon section, about 30 seconds into the run, it's "game on" with constant changes in technique required to navigate the course. Full-on steep terrain with funky steep compression turns, and tough fall-away turns that want to suck you into the trees make Talon the most difficult part of the Birds of Prey.

After the Brink, after Talon, the skier is hit with a barrage of gates, faster and faster, with no time to think about the next maneuver. Now, you are approaching Golden Eagle jump. For a short distance, the course becomes less steep, flattens out some, and the skier must go back to a full-tuck, smooth glide else you lose valuable time. Then all of a sudden at full speed, you crest the Golden Eagle jump for about 60 meters of Colorado air-time! But don't think too much, because next is another jump and turn... Harrier!

It may not be the biggest jump but with Harrier, you navigate a very difficult turn as you land from the jump. A split second later you're onto Red Tail.

On this jump... let it fly! For 60 to 70 meters, fly through the air on a straight line to the cheering crowds at the finish line! Go Team USA!
The Birds of Prey has become one of the world's premier ski venues and is the men’s World Cup stop in the United States. For two weeks during the World Cup, Beaver Creek Mountain and the Birds of Prey will surround a festival atmosphere that is free and open to the public.
Cool Birds of Prey Videos:

Jump to a Rental